Halloween is coming soon! Are you ready to trick-or-treat? 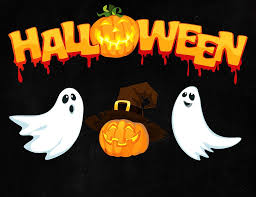 Another new is that Pikmin 3 Deluxe is available now! Are you ready to save your planet? And today we want to share some games you should play in Halloween.

Luigi's Mansion is a 2001 action-adventure video game developed and published by Nintendo for the GameCube. The game was a launch title for the GameCube and was the first game in the Mario franchise to be released for the console; it was released in Japan on September 14, 2001, in North America on November 18, 2001, in Europe on May 3, 2002, and in Australia on May 17, 2002. It is the second video game in which Luigi is the main character instead of Mario, with players controlling him as he explores a haunted mansion, searching for Mario and dealing with ghosts that lie within its rooms by capturing them through a vacuum cleaner supplied by Professor E. Gadd. 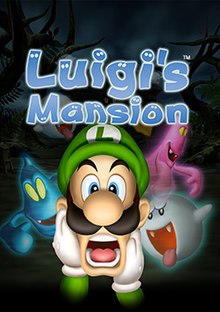 Luigi's Mansion: Dark Moon, known in Australia and Europe as Luigi's Mansion 2, is an action-adventure video game developed by Next Level Games and published by Nintendo for the Nintendo 3DS. It is the sequel to the 2001 Nintendo GameCube game Luigi's Mansion. It is also the third video game where Luigi is the main character instead of Mario after the first Luigi's Mansion game and Mario is Missing!. The game was released in Japan on March 20, 2013, and later in that same month in most other major regions.

In Dark Moon, the player controls Luigi, who is equipped with the Poltergust 5000, a specialized vacuum cleaner used to capture ghosts. In the game's single-player mode, the main goal is to retrieve the shards of the shattered Dark Moon, a magical object that has a pacifying effect on the ghosts who live in the game's setting, Evershade Valley, while also rescuing Luigi’s brother, Mario, from King Boo, the mastermind behind the disappearance of the Dark Moon and the paranormal activity. Luigi progressively explores five different-themed mansions while capturing ghosts and solving puzzles in order to progress to the next level. Dark Moon offers a cooperative multiplayer mode that can be played locally or online via Nintendo Network. The game received critical acclaim from critics, praising the game’s 3D visuals and new features, but some criticism was given for the game's mission-based structure and lack of checkpoints. 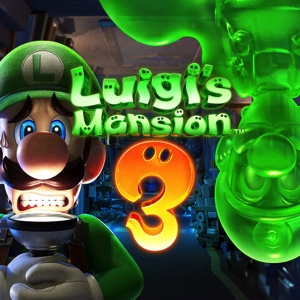 Luigi's Mansion 3 is an action-adventure game developed by Next Level Games and published by Nintendo for the Nintendo Switch. It is the third entry in the Luigi's Mansion series following Luigi's Mansion: Dark Moon, released on October 31, 2019. The game sees players taking on the role of Luigi who must explore a haunted hotel, incorporating different themes on each floor, and rescue his friends from the ghosts that inhabit it, after the group is tricked into visiting it for a vacation by an old foe.

Alongside a number of returning gameplay elements from the previous installments, the game incorporates new features, including additional moves for ghost catching, an ectoplasmic doppelgänger assistant known as Gooigi, and expanded multiplayer functionality that allows for players to engage in cooperative and competitive gaming both locally and online. The game received generally favorable reviews from critics and was nominated for several awards, even winning the award for "Best Family Game" at The Game Awards 2019. As of March 31, 2020, the game sold over six million copies worldwide.